While roaming through the site of official days,I realised that in august there is the international day of the black cat and international night of bats(respectively on the 17th and 29th)
Two creatures which are generally considered as «melefic»,coincidentally I have a clan called «Mythology» which only waits for this kind of occasion to be filled ! XD

So I am proposing you a little game of customisation without any losers,the creature that you will win will depend on the customisation on one part and my love for it on the other,each part of the vote counting for 50%.
So the creature can vary in ranking from low to even star rank
The cratures that i will offer will be chosen from my doubles and this groupe

An little precison,since the game will be open until august 29th at midnight and a big new shop is not far from getting opened,you can very well wait for it before starting to play !

You will find in this groupe the mythological creatures already treated and thus shouldn't get reoffered (Special case of the Hamadryade,even if them and the Dyades are different I considered them already treated so no Dryade either,thank you ! ^^ )
Like you can notice these aren't species ,you have the same restriction no gods,or demi-gods,or other special cases, nothing that resembles a real name . « Harmonia (Lover of Arès and first amazon ) X -> Naïade V ».
Any GW creature ,even if I don't have it I'ill search for it
Any myth as long as it is a terrestrial myth,even relogious texts(I love Tolkien but a species that exists ONLY in in the Tolkien universe will not be taken into account)
I don't know all myths by heart so don't hesitate to give me it's name so that i can look up it's description in french ,or give me a brief english description that can be translated by Google Translate
If you choose a creature that has as many descriptions as Wyverne,tell me on which one you based yourself,It would be a shame to loose points on this kinf of detail ^^
Avoid GW creatures which are by default clothed because few wild creatures have clothes

WARNING,special case :
when it comes to Mermaids,I accept two different ones : The Greco-roman Mermaid ->Human/Bird and the "little" Mermaid -> Human/fish
The chimera, I consider it as much as one creature as an entire family so you can make a chimera family without a chimera creature and an "other" family with a chimera if you explain clearly why so .
The Valentine couples, even if every year they didn't personify famous couples ,all these quest creatures were made to be couples so they musn't be seperated and thus,can only be used in familys.

Also;for motivated people whishing to enter multiple times : you must create a family ,meaning multiple creature from the same set (reptiles,felines,canines,others ) but they don't necessarily have to be from the same mythology (Greco/roman, Viking, Celte, Amérindien)
To know in which set a creature is classified,follow this :
2 body parts -> top part taken into account (Mermaids = Human/Fish--> So, human)
3 or more body parts is necessarily a chimera,If a family on it's own
Also, even in the same family a backround must be adapted for the creature itself and not the family in itself (this is a bonus)
They will count as a pack and will only gain you a </= 5 enteries or 2 creature >5 enteries? You cannot make multiple seperated creatures ,either one creature or you make a family.
You can include in your family a creature already made(by either me or another participant)but she will not count in your entery . But when I will be motivated to write them a story they will formally be from the same family .( to be noted,if you put a "family" accessory it will be added to the already created creature)
It is prohibited to take monthly families as Families : for example all minoushas from august 2017,all stoufixes from december 2010,ect.I rather varied visuals/species even in the same family.
You can also work as a pair to make a family but it must include 5 creatures or more and each of you two will win a crature .
You cannot enter once alone + once or many times as a pair ,it's either you work alone or you work as a pair.

For the rest,I will judge on the coherence between GW creature/mythological creature , the accssoirising,the background chosen and the harmony between all .I will of course take into account the number of available accssories to the visual you have chosen.
But me getting heart struck by creature cannot be controlled ! XD

Now the thorny question :
If many people propose the same mythological creature,no problem ,there is no need to panick !
Once you give back your work,you will get your prise ,there will be no questionning about it .
But,I don't know how many creatures I will have to make in total but the customisations and the obtaining of certain creatures could take me a lot of time so if a mythological creature is made many times ,I will choose the creature by which I was the most heart-struck no matter the number of other versions of it submited before or after !

Last thing , all enteries must be submited on this topic under a spoiler because of their size,nowhere else !
♥Cherche Amis : HorseHaven/GardenScapes/MonsterSuperLigue♫ 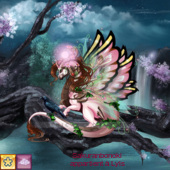 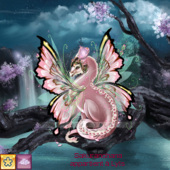 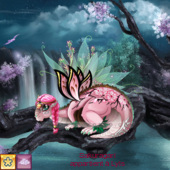 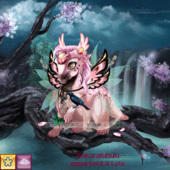